Dove, The Freedom Series Book One 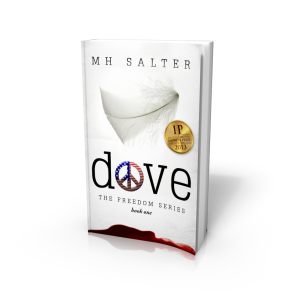 In 1970, when Japhy receives his draft notice for the Vietnam War, he and girlfriend, Ray, become Dharma Bums. They pack their lives into a duffel bag, and hitch their way to the Canadian border – a safety zone that, once a draft dodger enters, he can never leave. Ever. Not to see family. Not to help injured friends. Not even to attend a father’s funeral.

On the road, Japhy and Ray are joined by flower children, Leaf and Laura, and all four decide to find a hippie commune in Toronto where they will be free of their demons, and safe with their secrets. Or will they?

Amidst a colorful whirl of psychedelics, love-ins, original music, and political protests, Japhy and his friends discover everything has a price, freedom is not free, and true peace comes at a cost whether you are fighting for it in a war or simply within the depths of your own soul.

How far would you go for freedom?

Dove is the first instalment in the Freedom Series and was shortlisted for the Impress Prize For New Writers 2013. A soundtrack of original songs by James Lee Stanley is also available as a companion to the novel.

Welcome to the doors of your subconscious. 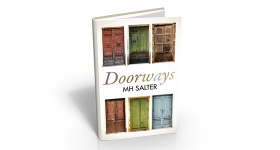 The following collection of award-winning stories cannot be locked into a single genre. Each tale is as different from the one preceding it, as tonight’s dream will differ from this morning’s.

Take a horrifying journey up a haunted mounted, where the ghosts no longer want to be dead. Witness a parallel existence for two lovers and see what happens when you get what you wish for. Meet Dionysus, a Greek God who doesn’t like being jerked around. Experience a future where scientists have found a cure for every illness – a cure only available to the rich – and given the chance to save his dying son, will Hamish pay the price and make the gravest sacrifice there is? And what happens when a lonely and forgotten weed falls in love with the most beautiful rose in all the garden?

These stories, and more, can be found within the walls of this tome. Just slide in your key. Creak open the hinges. And discover what lurks behind the doorways of your imagination. But be warned, once you enter, you may never find the door to escape …

A Rose By Any Other Name

If Romeo and Juliet had known of their fateful end, would they have survived it?

Rose Parker has her future foretold at a carnival and recognises the plotline of Shakespeare’s Romeo and Juliet within the prophecy. Believing the gypsy woman to be a fraud, Rose shrugs off her psychic encounter. However, when she meets and falls in love with the son of her father’s enemy – and other events take place that parallel the Shakespearean play – Rose begins to wonder how much control she has over her destiny, and whether it is really possible to avoid the tragic end that must be coming.